What generation do I belong to? What are the birth year cutoffs?

There’s rough consensus around these birth year cutoffs for the four most recent American generations: 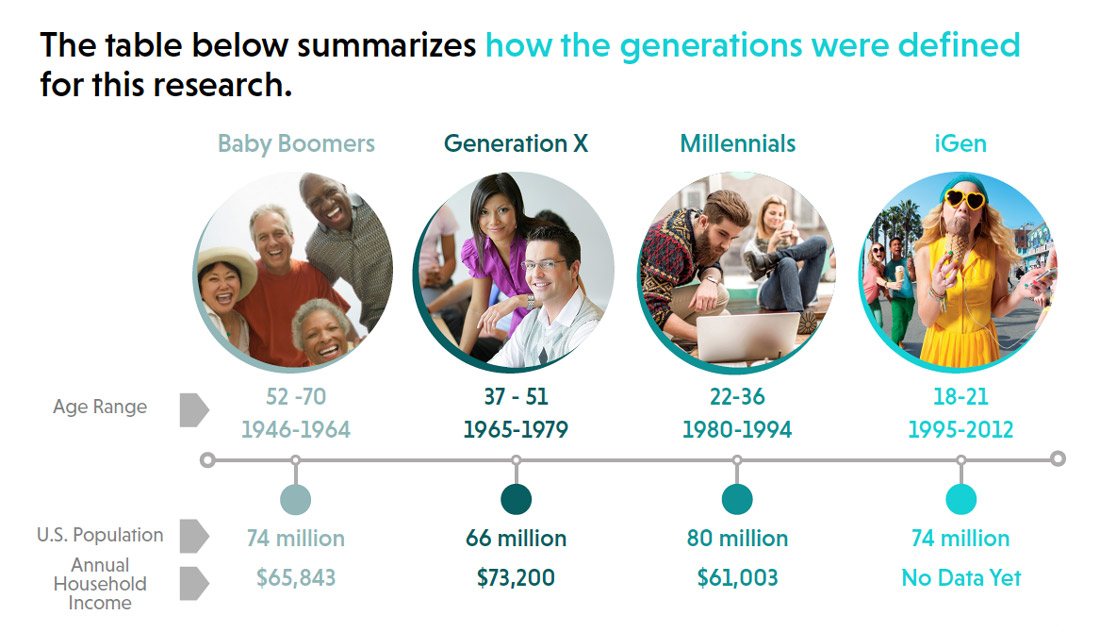 Of course, any birth year cutoff is arbitrary. (I’ve written more about that HERE and HERE). For example, maybe Millennials begin in 1979 or 1982 instead. That’s certainly possible – there is no bright dividing line between GenX’ers and Millennials. There are more definite breaks in the data between those born in the early 1990s and the mid-1990s, probably due to the smartphone, so the 1995 cutoff has some data to back it up. It’s too early to know what the end date will be – 2012 is just a rough guess.

About the Author: Writter_01